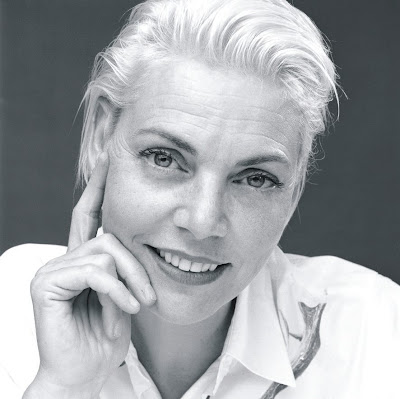 From 30 August to 14 October 2007, Jackie Sleper will participate in the 10th edition of the OPEN, international exhibition of sculpture and installation art, in parallel with the Venice Film Festival and the Venice Biennale.

Jackie Sleper’s work, Modestia, a large scale horse on a bed of roses, will be on view in the park of the Hotel Des Bains, on the Venice Lido, during the 10th edition of OPEN. OPEN was created by Paolo De Grandis and in this year’s edition he has involved important curators such as Achille Bonito Oliva, Alanna Heiss, Chang Tsong-zung and Vincenzo Sanfo.

The open-air exhibition spaces on the Venice Lido become territories to explore, focal points for exchange and confrontation, internationally renowned locations assume new meanings, such as the Westin Excelsior, Hotel Des Bains and the historic boulevard of the Cinema Festival and the gardens on the Lido. The Hotel Des Bains, where Luchino Visconti directed Dirk Bogarde in Death in Venice based on the Thomas Mann novel, will host Jackie Sleper’s artwork Modestia. Later this year Jackie Sleper has been invited to participate in the Florence Biennale and at the beginning of 2008, she has several solo exhibitions at museums in Mexico, Venezuela and Chile, to be curated by Matty Roca. For these Central and South American exhibitions, she will realise a series of works inspired by and dedicated to Frida Kahlo.

Art historian Andrea Basedow has said about Jackie Sleper: ‘She is naturally adept at a wide variety of artistic skills. By applying different techniques within a single piece, she creates fields of tension that capture our attention. At the same time, she is not afraid to celebrate beauty, affluence, joy of life and a sense of playfulness and elegance in her work, much like the artists at the courts during the Italian Renaissance.’ 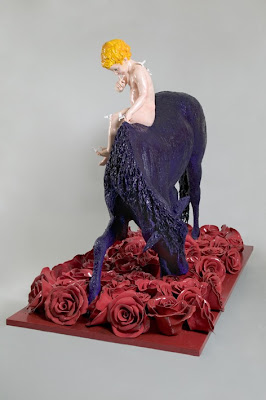