agosto 10, 2016
Eurocentres, foreign language teaching provider worldwide, welcomes Atlantic Canada, English language school in Lunenburg, Nova Scotia. In addition to being an UNESCO World Heritage Site, Lunenburg is well known for its astounding, uniquely preserved nature, its history and its love for everything that is made locally. Eurocentres, the Swiss foundation created in 1948 provides students with the EUROCENTRES SUCCESS SYSTEM guarantee, at the same time contributing to better understanding different cultures around the globe. 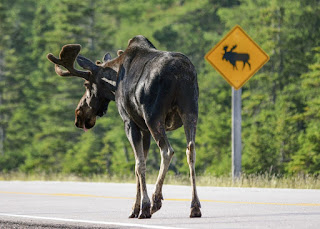 Destination
Eurocentres is delighted to announce that it is expanding its international network with the opening of a third school in Canada. Eurocentres Atlantic Canada is located in Lunenburg, Nova Scotia, a historic UNESCO World Heritage Site. This destination offers the unique opportunity to combine full immersion into local community and traditional culture with the great Canadian outdoors.

Location
Students who enjoy being in a place with a real community feel can interact with locals on a day-to-day basis becoming part of the Lunenburg family and benefitting from natural language practice. For those interested in surveying the scenery and taking in the atmosphere, Lunenburg boasts beautiful architecture dating back to the 18th Century, museums, local cafes and restaurants selling high quality produce sourced locally and freshly caught from the sea! On-the-doorstep access to nature is available all year round and there are some of Canada’s most outstanding, untouched beaches, coves and forests. For active, outdoorsy types – activities include: whale watching, kayaking, sailing, golfing, trekking, sea fishing, adventure parks, skiing, snowboarding, sleigh riding, ice skating, curling and more. And all in one of the world’s safest places to live!

Academic System
The school uses the characteristic personalised teaching and coaching approach – EUROCENTRES SUCCESS SYSTEM – and is supported by the online campus my.Eurocentres. The Common European Framework of Reference embedded in this standardised approach enables students to pin point accurately where they are in their language learning in order to get ahead and achieve their language goals faster.

Eurocentres Network Benefits
Eurocentres Atlantic Canada is a great complement to the hustle and bustle of its counterparts in Vancouver and Toronto. With the Eurocentres network and systems, there is the unique opportunity to seamlessly transition from one destination to another without losing track of studies or starting from the beginning again. Students pick up exactly where they left off when they transfer between schools in the network, taking full advantage of combining stays at any of our available destinations, in any country, creating an unforgettable experience of a lifetime.

About Eurocentres
The Eurocentres Foundation for Language and Educational Centres is a leading language teaching provider and aims to contribute towards a better understanding among people everywhere by helping to bridge language, cultural and social barriers.
The founder of Eurocentres, Dr. Erhard Wespi, a Swiss teacher, opened the first language school in Bournemouth in 1948. Ten years later, he met Gottlieb Duttweiler, the founder of Migros, the largest retail group in Switzerland and one of the most influential Swiss entrepreneurs. Today, the Eurocentres Foundation forms part of the Migros Cultural Percentage, a non-profit activity institution, dedicated to support cultural and educational activities.
With key contributions in the development of the Common European Framework of Reference for Language (CEFR) for the Council of Europe, Eurocentres has defined today’s quality standards for foreign language teaching. With coaching through the EUROCENTRES SUCCESS SYSTEM supported by the online campus my.Eurocentres, Eurocentres’ students benefit from progress tracking and personalisation to learn languages in an efficient and sustainable way. The standardised systems enable students to seamlessly transition between destinations throughout the Eurocentres network during the same course.
Eurocentres maintains a worldwide network of over 35 schools in attractive destinations on six continents. The Foundation is headquartered in Zurich and London.

Climaveneta for the new Prysmian Group HQ, under LEED Platinum certification. The Bicocca district in Milan is home of urban landmarks with hundreds of years of history, which today helps to determine the identity of the refurbished district, changing the use and perception of it for the better. An example of a successful refurbishment project in the district is the headquarters of Prysmian Group , a world leader in the energy and telecom cables and systems industry. The building, designed using the very latest technologies in architectural innovation and paying great attention to energy efficiency and sustainability, will provide a 22,000 m² space and will be able to accommodate 700 people. The new Prysmian Group headquarters, which is pursuing LEED Platinum , will be built in the Bicocca district and even its shape, similar to a typical Lombard factory, will recall the industrial roots of this area. The complex will consist of four wings, used for offices and services, connected b