A modern hotel close to the ancient city

ottobre 23, 2017
A modern hotel close to the ancient city Climaveneta units for the HVAC system of the historic hotel in Pompeii 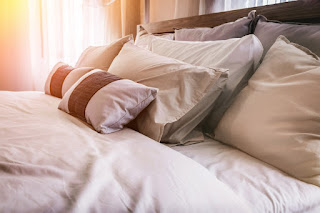 The historic Hotel del Rosario in Pompeii reopens
The renovation of the historic Hotel del Rosario in Pompeii, closed for more than 20 years, is about to be completed. Its’ new name is Habita.79, a modern 4-star superior hotel with over 300 beds, will be soon able to accommodate the numerous tourists who visit the adjacent city of Pompeii every day.
The building consists of 4 above ground floors of approximately 1,200 m² each and a basement floor. In addition to the rooms, the building is comprised of: a lobby, a conference area with two conference rooms of 100 seats each, a spa and fitness area, a 200-seat multifunctional lounge with its own kitchen, and a 150-seat bistro restaurant.
The architectural project
Thanks to the shell improvements and the high efficiency of the selected technical systems, the old building has achieved A3 energy class, despite the constraints placed by the Superintendence of Architectural Heritage. The double-lined exterior walls have been filled with granular insulation, the plaster selected is a special thermal type, the floors and the roof have been appropriately insulated, and the window fixtures installed are of thermal cut type with double low-emissive glass, solarized in the south facade. The two outer wall linings are made of semisolid bricks, to ensure a reasonable mass to the structure, contributing to increase in thermal breakdown.
The plant project
The refurbishment has also introduced some restrictions on the plant engineering, such as the ban on photovoltaic and solar thermal installation due to the existing architectural constraints and the prohibition of using the roof of the building so as not to prevent the view of Pompeii ruins and of the sea. Furthermore, indoor or outdoor installations would have had unacceptable sound emissions for such a prestigious building.
The HVAC system
The HVAC system, that might waste a lot of energy in this kind of building, is based on water-to-water heat pumps. With respect to an air-to-air solution this one is able to grant a considerable energy saving, using renewable resources, to reduce both footprint and noise emissions.  At Habita.79 the estimated energy savings will be about 30% and the use of renewable resources will exceed 48%.
As rich ground water passes through Pompeii with a constant temperature of 15°, the HVAC plant designer decided to use it as a thermal buffer for the heat pumps: 2 ERACS2-WQ/S 1002 multi-purpose units, Climaveneta branded. These units are installed in 4-pipe systems for the simultaneous production of hot and cold water by means of two independent water circuits. In cooling operation mode, the domestic hot water production is completely free, thus maximizing the overall energy efficiency of the building.
To reduce the peak power required by heat pumps and consequently the amount of released water, and above all to use electricity during the night, when it is more affordable, the plant designer decided to use a thermal buffer. In this way heat pumps can work during the night to charge energy into the storage system, which is then used during the day together with direct production to cover the energy needs of the building. Mr. Lanzillo, of GNOSIS, in charge of the HVAC system design says: “Thanks to the innovative designing of this HVAC system, we hit all the efficiency targets indicated by the customer, fully respecting both architectural and environmental constraints, imposed by the proximity to an important archaeological area "and goes on: “This solution achieves a remarkable energy and economic savings by increasing the use of renewable energy, while minimizing sound emissions and footprint”.
To manage a complex system at best
The above-mentioned HVAC plant is complex, due to the large amount of parameters to check: beyond the numerous technical data coming from the heat pumps, it also has to analyze the energy suppliers’ rates, in particular those of electricity and gas.
ClimaPRO by Climaveneta is the managing system able to control multi-purpose units modifying their set point according to the system needs. As a matter of fact, it is able to control the operating parameters of the units at any time, EER and COP included, optimizing them and measuring the whole system’s efficiency to always ensure the best performances both in cooling and heating mode.
The units’ activation priority is always assigned to pursue the maximum efficiency in cooling or heating both at both partial and full load. In all cases when the units simultaneously produce hot and chilled water, the real efficiency is measured considering the sum of heating and cooling performances.
Air distribution
Air is distributed into the rooms through fan coils. At Habita.79 they have installed 94 i-LIFE2, 24 i-CHD, 2 a-HWD and 7 HRD2, all Climaveneta branded. The supply is completed by 4 Wizard Air handling units, that help keep the temperature and humidity levels stable, thus contributing to the high energy performances to the building.