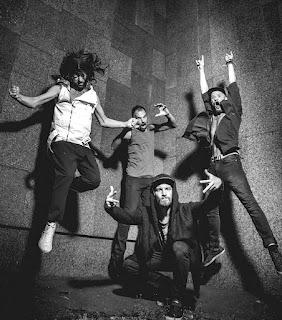 3 years after its last single, Le Basour has announced that they are working out on a new single and soon it will be release.

The news that engaged the band in the future months are many because in addition of having reached an agreement with the famous Producer Fabio Trentini for the realization of the new single, they are also deciding the direction and the production of the related video.

Fabio Trentini, Producer of hits bands such as Guano Apes, Paddy Kelly, H-Blockx, Subway To Sally, … commented his involving in this project: “I am pleased to be able to give my contribution to the creation of the new single from Le Basour, a group that does not pass unnoticed especially for its effervescence and for their ability to involve in live.”

Allen, the frontman, said: “our single Pray To Stay from 2015 allowed us to step on important stages and be really appreciated especially on East Europe, in countrys such as Russia, Belarus, Ukraine... and today we are ready to ride a new wave. We are positive that the collaboration with Fabio Trentini will be fundamental considering its proven world experience.” 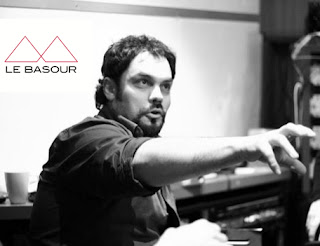 Fabio Trentini
He achieved international succesin 1999 co-producing the second album of Guano Apes (gold record in several countries). In the years to follow he collaborate as Producer with many other internationally renowed artist Paddy Kelly (IRL), H-Blockx (D), Subway To Sally (D) and was also the singer and the bassist of the band Le Orme.

Le Basour
The band consists in Allen (vocals, guitar), Skylle (bass), Giorgio (drums) and Knk (guitar) was born in 2012 and in a few years managed to get noticed on the international scene playing as opening act a of the band such as: Three Days Grace, Tfk, Royal Republic, Ramones.