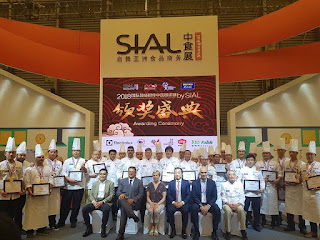 2018 International Top Chefs Invitational Competition started at the Shanghai New International Expo Center on May 16th. The competition aims to build a platform for domestic and foreign chefs to learn skills and exchange culture from one another. Eight Teams from home and abroad including Italy, Hong Kong, Malaysia, South Korea, Shanghai, Beijing, Shenzhen and Sichuan competed with each other.

On May 16th, teams from Hong Kong, Malaysia, Sichuan and Yunnan officially started the competition. The four teams all integrated the features of local food into western cuisine. After nearly three hours of meticulous cooking, they presented exquisite dishes for the judges and the audience. 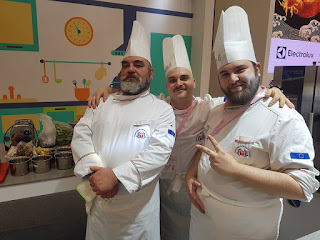 The judge team of this competition is composed of six judges including Chef Massimo, the President of Federation of Italian Chefs China Delegation, and Mr. Hou Decheng and Mr. Liu Lixin, the judges of World Association of Chefs’ Societies. They evaluated the teams in a fair and impartial manner, and put forward constructive suggestions on each team. At the end of the competition, six judges were awarded the title of “Honorary Referee”.

Federation of Italian Chefs (FIC) is the only association in Italy that represents the World Association of Chefs Societies (WACS), whose members include more than 70 National Federations on five continents. FIC China is the 11th delegation of the FIC, aims at promoting Italian culinary culture in China. It is very active in promoting Italian culinary culture and art through various events, demonstrations, seminars, TV programs, studies, conventions and culture exchanges.
chef Massimo FIC press release WACS 马西莫主厨