Sustainable air conditioning in the land of sustainability

giugno 25, 2018
Climaveneta units for the new shopping center in Uruguay, where 97% of the energy is renewable 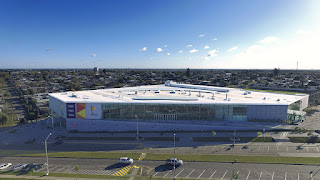 The green revolution in Uruguay
Uruguay is a country of almost 3 and a half million inhabitants that has no oil reserves and that until just over 10 years ago imported oil from neighbouring countries. Thanks to the green energy policy launched in 2000, and today, the country produces 97% of the total electricity from renewable sources: solar, hydroelectric, wind, and biomass. A true revolution, the result of a well-structured energy plan, a favourable legislative framework and a strong collaboration between the public and private sectors, which brought a lot of green electricity, at lower costs than in the past. However, in a country where the summer is very hot, and the winter is very cold, energy remains an important item of expenditure, even crucial in the case of modern shopping centres, which are considered to be very high energy-consuming structures.

Las Piedras Shopping
The city of Las Piedras, in the Canelones region, in recent years has become a rapidly growing urban centre, following the strong metropolitan development of the capital Montevideo. In this area, which is mostly rural and characterized by small businesses, it lacked a communal centre able to offer not only shops but also catering areas and recreational services for citizens. To serve this growing community, the Las Piedras Shopping mall was created: a total of 38,000 m² with 100 shops, 5 movie theatres, 1 superstore, a large food court with 12 different restaurants, with a total capacity of 600 people. The building is on three levels, the underground level is dedicated to parking, the other two are for commercial and recreational activities. The centre overlooks Artigas Park with large windows, fitting harmoniously into the surrounding environment.

Sustainability
Given the green context in which the structure stands, sustainability and respect for the environment were the cornerstones for the design of the entire building. Great importance was given to lighting, with large use of windows and therefore natural light, flanked by artificial LED lighting.
A rational use of water has also been provided, thanks also to a double supply system that distinguishes drinking water from that for service use. Finally, the centre’s air conditioning and ventilation system has also been designed and implemented with a strong focus on energy savings.

The air conditioning system
The air conditioning of the shopping centre is based on a centralized system with water-cooled liquid chillers that provide the various commercial premises and air-handling units that serve all the common areas.
To reduce energy consumption, while guaranteeing maximum reliability and internal comfort for the end-users of the centre, highly efficient Climaveneta branded units have been selected. In detail, 3 FOCS2-W/CA water-cooled liquid chillers, in a high efficiency version, have been installed with a total cooling capacity of 3,417 kW. These units are connected to the cooling towers. The engineer Louis Lagormarsino, who designed the mechanical plant, says: "We decided to install water-cooled chillers in the mall because in this project the operating cost was very important and keeping chillers with cooling towers positively impacted the costs related to electric consumption."
To optimize the energy performance of the building, a free-cooling system was also set up to exploit the favourable temperatures of the outdoor air to support the air conditioning system. The air treatment is carried out by 10 WIZARD-TA-7500 CA air handling units, with a total air flow rate of 244.035 m³/h.

Installation and after-sales
The AHUs were supplied with the Plug & Play solution, which meant that the units could be installed and started in an easy and fast way, in addition the plug & play solution allows them to be connected to a centralized system to constantly monitor their operation and consumption. Martin Foderè, Centre Manager of Las Piedras Shopping says: "We are very satisfied with the performance of the air conditioning system. The after-sales assistance provided to us was fundamental to achieve the optimal levels of energy efficiency, which we are seeing month after month in electricity bills." 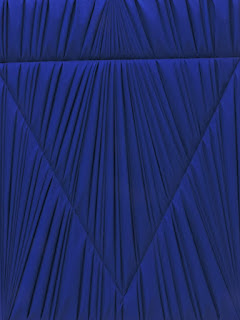